Why are All Tech Giants working on Hologram or 3D?

In a world, where we have somehow sped through adopting video conferencing as the default way of communication, it is only logical to think about what happens next! In the last one year alone we have seen the rise of Zoom video calling to Microsoft Teams to Google Hangouts etc pickup the pace and cater to the exploding consumer demand. Up until 2020, all this stuff was planned for some where around 2022 when the mass public was equipped to make best use of these services. Believe it or not, in times of crises the general public is super fast in adopting to new technologies. It's sort of mass adrenaline pump through in a very short period of time. In this post today, we will explore what are the new age tech that will be a thing of normal 5 years or 10 years from now.

What has triggered this 3D Revolution ?

In the recent Google I/O there was a brief video that was played that showcased a project they were working on and it went something like this :


You see what they are aiming for, right ? Ultra realistic human interaction through Internet. This makes the current video calling look like nothing! What is essentially happening, is a 3D video calling without the need of those lame 3D glasses one has to wear to watch 3D movies at the theaters. The tech showcased here (though nascent) is creating a virtual map of the person with additional information like facial characteristics, body movements, depth perspective and simultaneously streaming it across to the other person with almost zero delay. One may ask why has it emerged now ? 3D is not something new right ? Yes, you are right! The main bottle neck has been the internet speeds! Up until 2020, the average internet speed around the globe was not conducive even for low resolution video calls. The average speeds have been on the rise since 2015 , but the pace has been slow. It was something that the tech industry had identified way earlier in around 2012-2013. And they have taken up on themselves to first ensure the common man is hooked on to the internet and not face issues like "buffering".

What are the Tech we would see become popular ? 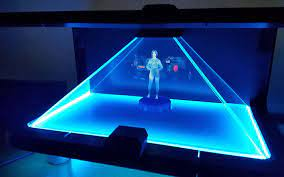 In 2020, this entire initiative of boosting the mass internet access went into overdrive and now most of the urban population and even tier 2 cities have access to decent internet speeds. Though this is still work in progress in vast number of countries, but if you look at the number of people having affordable access to "decent" internet has become significant across countries. Now, companies like Google have noticed this trend and they are now ready to move into the next phase of human interaction. This is the primary trigger for major tech companies to invest in tech like 3D imaging, AR, VR, and Holographic imaging.

Will this decade see another major tech breakthrough ? 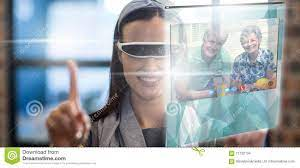 The answer is resounding Yes! The scale is equivalent to the invention of internet. Okay, that seems exaggerated! But, yes it will be a significant one for sure. The main reason being we will finally be able to experience a thing of the scifi movies which have been long craved by all! With 5G, Satellite internet, Fiber optic internet coverage, the scale of connectivity is set for a massive growth. What that means so far only 50% of the entire population has access to internet and in the next decade, it could reach upto 80% of the entire population i.e 80% of 8 Billion = 6.4 Billion form 4 billion! So, in terms of business that's a huge potential for growth. Based on my research, I think the days of 3D and holographic video conferencing are not far from today. It opens up a number of applications that were limited by the shortcomings of the 2D video conferencing we have today. It can impact almost all industries from medical to construction to education to advertising! And it's something that will keep evolving over time with many hurdles that can obstruct it. It's the same case as was with social media. At the time when it was introduced in early 2010s , it was adopted quickly by the teens and youth , but took time to reach the 30-50 years old population. It's not only limited to the consumers, but even the industry as a whole would take some time to understand the tech and its applications and possible benefits from it.

That's all fine, what's the Catch ? 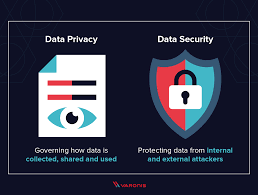 With all that comes out of new and revolutionary tech , there are risks that come attached with it. I'm not sure how many of you have read the book "1984" by George Orwell, but he talks about a world where there are "telescreens" that monitors every single thing one does. Though the actual scenario could be much less scary ,it does seem to capture the essence of what we would be facing in the future. Privacy, Security and Safety have to be again re visited. There are going to be huge debates about it and there will be a time when it reaches a stable conclusion. Even though I'm optimistic about the positives of this tech, I'm equally worried about what new challenges it could carry alongside it! With that, I would like to keep it open for views and comments from You!