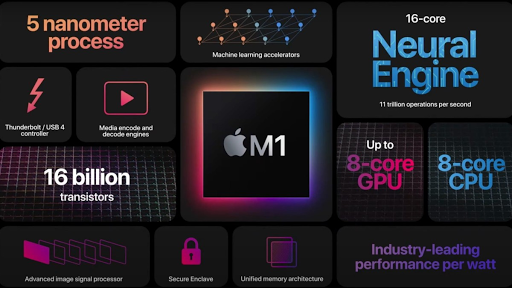 Apple has completely made up for the complete lack of media coverage in the last 6 months within just last 2 months! October and November has been filled with iPhone 12 and related accessories buzz and people can't get enough of it! Just yesterday in Apple's "One More Thing" Event , we got a glimpse of the Apple Silicon "M1" made for the Mac series of Laptops and Desktop (computers) . Apple has pushed forward huge claims mostly taking an indirect jibe at Intel for its power hungry processors. 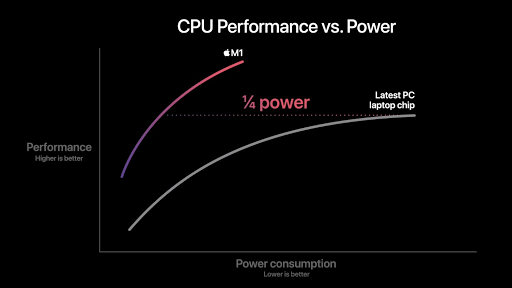 Apple Silicon M1 is coming to Macbook Air, Macbook Pro and Mac Mini ! They claim the performance per Watt to be 2x more than "best selling windows" laptop which makes you wonder which one is it ? In the entire presentation, the performance and efficiency numbers were just thrown on to the slides very vaguely which basically said our processors are better than ... some competitor who we cannot name ! (probably voldemort ?!)  Anyways, the good news is that even if we consider these numbers to be marketing gimmick, there would be definitely some merit to them and we must give credit where it's due! Most Apple fans were expecting performance jump compared to the Intel i5 or i7 lineup and we might actually see that come to fruition in these M1 chipsets. Firstly, these have unified Memory access architecture , which basically means the DRAM or RAM is mounted on top of the chipset and the chipset now contains everything in one place - CPU,GPU, Peripherals, Neural Engine,etc. That's basically what happens in most mobile processors too! So, it's not something radically new but what's new is the porting of that technology for Computers. 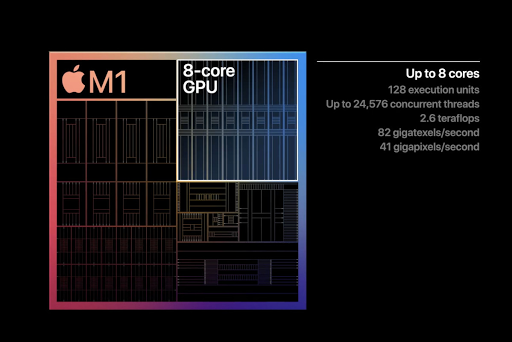 The CPU is mainly 8 core module with 4 Performance cores and 4 Energy efficient cores. What this means is 4 cores will be clocked higher (guessing around 2.7GHz) with high cache capacity around 12-13MB and 4 cores will be clocked slightly lower (around 2 GHz) with moderate cache capacity of around 4-5 MB. The thing that interests me more is the GPU and NPU performance - which the claim is 2-3x more than the "best selling windows laptop" . The graph that they showed -performance versus the power graph, and by that they wanted to prove "Hey! Look we have better performance/Watt numbers" What it means is that for the same amount of energy consumed, the Apple M1 silicon has higher performance. This can be because of 2 main things - ARM based processors and 5nm Tech! 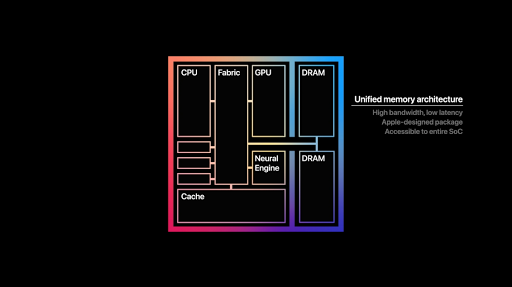 The battery life is something that Mac series laptops had anyway performed better compared to many Windows based laptops of same form factor (except the Snapdragon based ones) and now with the new chipset or SoC (System On Chip) they claim about 17 hours of backup on Macbook Air and 20 Hours on Macbook Pro. That's dramatically huge jump in the battery backup something which will tempt many users to choose the M1 based model over the Intel based ones! 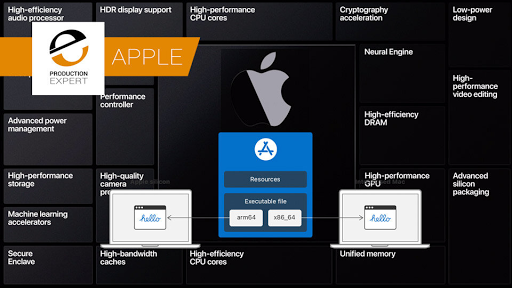 Now, that we are through with what Apple has presented, let's get Real! It's clear that the ARM based silicon definitely performs better compared to Intel based ones - there are few caveats here and there , but in general. The main issue is the Software! The Software compatibility is huge issue for ARM based processors. Most of the existing software has been developed with Intel processors in mind which made it easier for developers because most Windows based laptops also were powered by Intel processors. Now, the entire architecture has changed and by that I mean the core hardware itself has changed. Which now puts more work on top of developers heads! They have to now bash their brains to sort of reinvent the wheel for their software to work with Apple Silicon. Though Apple can support its developers through various means, it's still lot of extra work! And any new software obviously would have to go through lot of QA and when launched to public will definitely filled with bugs. That's probably the reason why Apple keeps mentioning the word "transition" ing to the Apple Silicon. It's a long way out and it will definitely take time to sort out the compatibility issues.

There are big positives in this whole exercise of shifting to ARM based laptops - Smaller form factor, Longer Battery Life, Better Integration with Ecosystem, Unified experience, Faster updates, and better Connectivity! Qualcomm Snapdragon based Laptops could benefit hugely with introduction of Apple Silicon based laptops as Windows has been struggling to push developers to move to ARM architecture. I must say it's going to get interesting in the next 5 years for the laptop and computers scene!

Until then Stay tuned for more updates and Peace out!