Samsung Galaxy S20 Fan Edition (S20 Lite) - Is This The Phone We Are All Awaiting For ?

Samsung is on a roll for the past 2 years with respect to the number of products released in the smartphone category. It has captured all price segments and people just have more options to look for. This strategy has been applied for the last couple of years before which it had observed a major slump in their sales. The heads of departments had to brainstorm and finally they went to what they do the best - Quantity and Quality. We are seeing good result of this approach. And Samsung might soon come up with a successor to the very much appreciated Samsung Galaxy S10 Lite. (Which is still one of the best buys in 2020!) One of the primary reasons why it was appreciated so much is because of the affordability and price worthiness! Samsung cut down the right amount of features and put a price tag that could appeal to most!

May be it's a clever strategy - to introduce their flagship phone close to $1000 USD bracket and the "Lite" version of it at just few hundred bucks lesser than that. Anyway, we are as excited as you are for the launch of the Samsung Galaxy S20 FE or Samsung Galaxy S20 Lite as one may call it. The FE stands for "Fan Edition" something that would make it sound expensive , I suppose. I know the first thing you want to know is the design and specs. And you won't be disappointed , as Samsung has maintained the design element from the S20. The thin bezels on the front, with glossy metal finish at the back and the overall thin form factor will surely appeal to you. Here, have a good look at it! One of the major things that appealed to me is the 120Hz refresh rate for 6.5 inches Full HD+ display. You would say what's new in that ? I'll tell  you what's new! It's the adaptive refresh rate technology from the Note 20 Ultra. Yes, you heard that right! What this means is instead of setting a fixed refresh rate for your display at either 120 Hz or 90 Hz or 60 Hz, the AI engine in the chipset will optimize the refresh rate based on the application you are using. This means better battery efficiency which translates to better battery which further translates to longer duration between two charging times. Talking about the display, one would also notice the extremely small front camera cut-out similar to the Galaxy S20 on the front. It would however be a 32MP resolution and obviously a wide angle lens to satisfy the selfie-obsessed millennials. 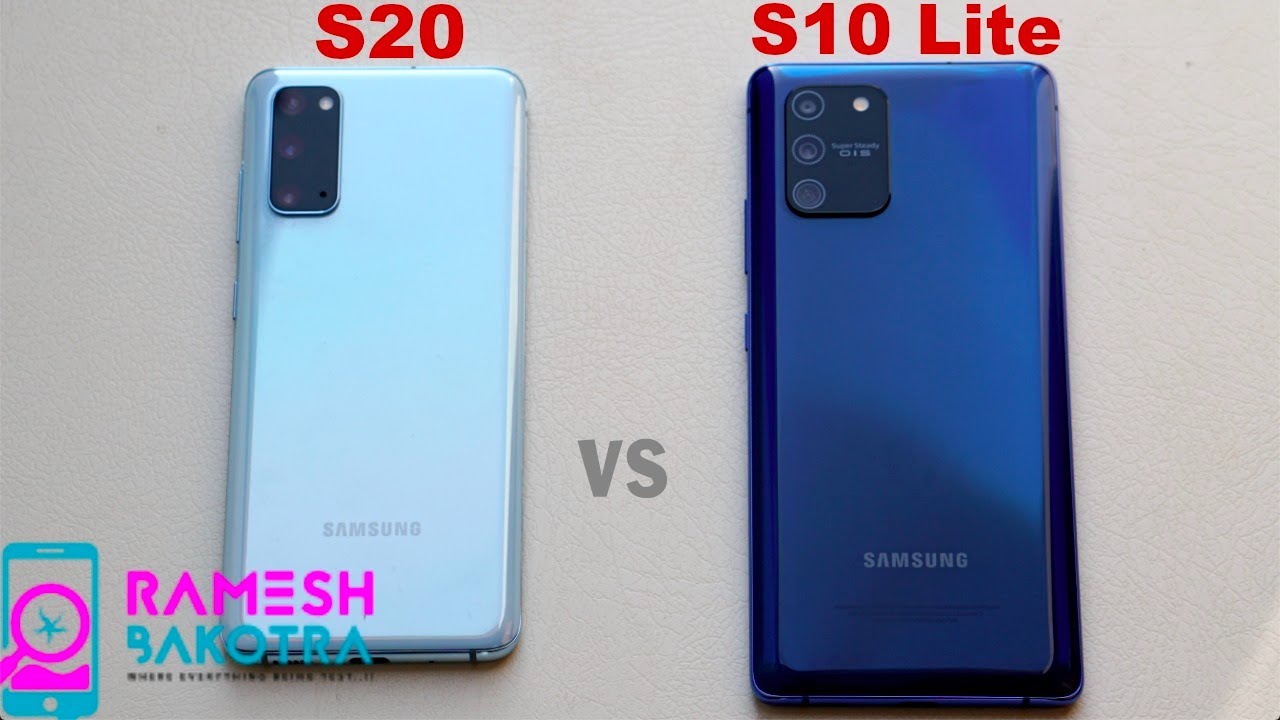 Coming to the hardware, it is the worst ball game that Samsung plays and most of the people just hate it!Common Samsung, just give the same stuff to everyone! Why is this irritating you ask ? Because of this crazy marketing strategy by Samsung!  In US and South Korea, lucky people would get the Qualcomm Snapdragon 865 version of the Galaxy S20 Lite. While the rest of the world, would get the super inefficient Exynos 990 ! That there in itself is big deal breaker for many. Adding fuel to the fire, the phone may not support 5G in some regions and support only upto 4G in some other. How can you expect a customer to know all of this stuff before making a purchase ? Samsung very cleverly hides these facts by their trademark style of putting "*" in every poster/tv ad/ infomercial/website/social media/etc. The "*" of Samsung requires much more effort than reading insurance policy conditions! How ridiculous is that ! Anyway, for people in India , it's again a disappointing news that Samsung Galaxy S20 LIte would be powered by the Exynos 990 chipset. Talking of the balancing features here, the Cameras! It's going to be a triple camera setup as you have seen in the leaked images. Primary sensor would be 48MP resolution while the other two could be of 12MP resolution. The 48MP primary would be relatively wide angle in nature , while there's a telephoto and macro lens in the rest of the housing. I feel it's a good combination which cover 95% of all the smartphone photography cases. The telephoto zoom could be as much as 10X optical and may be 20X digital. As of now, the leaks suggest these numbers but it could be lesser. The battery life to support all of these features would be around 4500Mah which should on a daily basis last for one entire day if not more.

Coming to sensors, it would have an ultra sound under the screen finger print unlocking mechanism as seen on the flagship series. It WOULD still not have the 3.5mm headphone jack and you are left with only the speaker grill and the USB Type C at the bottom of the phone. The Galaxy S20 Fan Edition is also said to be available in different vibrant colors in different regions of the world! And that leads us to the final segment of this article, the pricing! The pricing is slightly tricky ! In US , it could retail for around $750 USD and in Indian markets, it could retail for around Rs. 45,000 - Rs.50,000.

Are you waiting for this release of Samsung Galaxy S20 Lite which could very well happen in the 2nd Week of September ? :) Let me know in the comments below!