July 08, 2020
In a short video teaser, Samsung has officially confirmed the launch of its most coveted Samsung Galaxy Note 20 Ultra on August 5th :

The Samsung Galaxy Note 20 Ultra is said to come up with sleek design and refreshingly new color of Bronze as teased in the video . 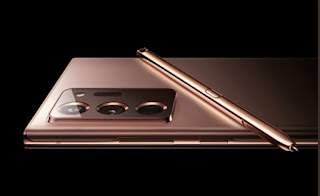 Samsung Galaxy Note 20 is said to pack the flagship processor Qualcomm Snapdragon 865 with quad camera setup as seen on the S20. But, the difference would however be in the sensors used. It's said to pack 64MP primary camera along with unconfirmed 12MP ultra wide and 12MP telephoto sensors. Also, if you notice the camera bump is slightly lesser as compared to S20 which would imply that the 100X zoom would not be likely included as feature. The aperture however looks to have improved manifold and the camera setup also has a 3D Time of Flight Sensor (ToF) These are the leaked images by popular tipster iceuniverse from twitter 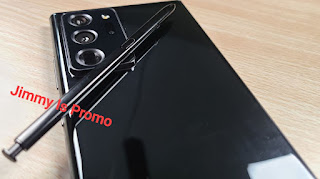 The Samsung Galaxy Note 20 is also said to have 120 Hz refresh rate display with 5G and WiFi6. Coming to the RAM spec, it could have the 12GB variant only with super fast LPDDR5 RAM. The popular issue of camera focussing on subjects is said to have been completely gotten rid of in this new flagship lineup.