Wireless Charging and High Resolution Camera are almost Decade old Technology ! And Nokia did it first Wireless Charging or "Qi" Supported Charging (pronounced as Chi) which has been doing the rounds across flagships since 2019, was in fact existing much earlier than you would have expected! That's right smartphone manufacturers are ripping you off! Just kidding. Well, they aren't completely ripping you off because the tech was available in 2012 but not yet perfected. If we are going to talk about 2012, that's quiescent point in Nokia's history as most of you might now. It was the last year when Nokia was still a market leader in the mobile phones category. Before, handing over the reigns with almost no fight to Apple or Samsung ,they had unveiled a series of products that were easily 3-4 years ahead of the time and it's a shame that they had to drop out of the race at that time.

One of the dope tech that was unveiled was the Nokia Lumia 920 and Lumia 820 with Wireless Charging Capabilities that conformed with Qi standards.These were the specifications of the Lumia 920 :
1. Blazingly fast 1.5 GHz Quadcore Qualcomm Snapdragon Processor S4
2. RAM of 1GB and ROM capacity of 32 GB
3. 4.5 Inches HD Display (1280x720) with 326 PPI  ( yeah that was the measure of resolution of display )
4. High Resolution High Tech PureView Camera of 8MP Resolution. There's only a single rear camera . So, no further details of the camera :P
5. Finally, Wireless Charging !
6. If you're wondering about which android OS was used, it was Windows 8!
7. Price you ask : Rs. 31,999 Only. Sweet deal , isn't it ? 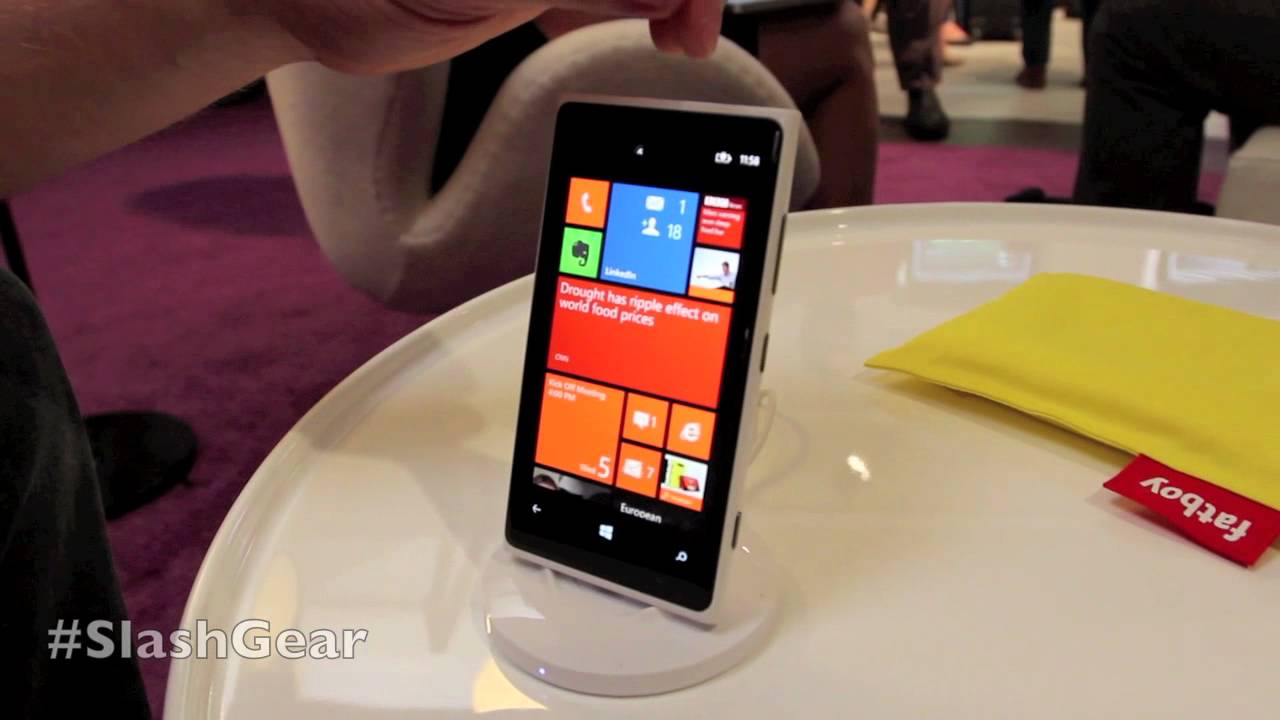 The Wattage offered by Nokia's Wireless Charging Pads was 5 W. Compared to today's offering by most flagships, which is maximum of 15W , considering it was offering 5W of Power almost a decade back is blind revolutionary. The charging pads were compact and the Lumia 920 didn't require any other accessories to make it charge wirelessly. While the Lumia 820 required additional cover to enable it to be capable of charging wirelessly. Nokia was one of the few companies that was working on this tech and was also instrumental in forming the Qi Wireless Standard.

I was able to dig up video of the Lumia 920 with Wireless charging and was blown away by the way Nokia was miles ahead of its competition!


Further, if you look at the camera tech that Nokia had introduced in Lumia Pureview 800 which was also adapted on the Lumia 920 except for the unimaginable 41 MP resolution. The size of the camera sensor they used was unmatched - the Carl Zeiss module which was essentially the module that was directly picked from Digital Cameras and were miniaturized for mobile phones. For 2012 standards, the camera performed way better even in low light conditions. Samsung had literally no cards to play , except for one and Nokia just misread that one. I agree the phone looks bulky and blockish, but that was just the design element of the Lumia series. Powered by Microsoft's Windows 8 , the phone didn't get the support from developers as it had hoped for and eventually Nokia had to develop its own apps to meet the increasing demand. Here's a much detailed preview of the Nokia Lumia 920

Why Tablet PCs are going to be Extinct soon ?